John F. Kennedy was visiting NASA Headquarters in the heat of the race to land on the moon. After talking to scientists, advisers and astronauts, he met a cleaner armed with a mop, cleaning the engineering centre. Just for the sake of starting a conversation, Kennedy asked the man what his job is. The man promptly replied: “Sir, I am here to put a man on the moon”. That’s how important everyone in the team is.

‘Team’ is arguably one of the most used, (or abused) terms in business. It’s like our relationship with physical exercise. We know that exercise is important for our well-being, but we might be struggling to keep it high on our list of personal priorities. Teams are like plants: they need persistent care and attention to bloom.

Human nature is diverse as much as it is intriguing. People with different characters, backgrounds and value sets, work within one organisation and are expected to deliver. Great teams are teams that have managed to harness the diverse individual energies and turn them into a common vision and a common effort. It is said that there are three different layers to a winning team: Leaders, warriors and talent. Leaders set the direction, warriors make the system run on time, and talent makes the difference. The secret is having all three on the team and through effective team dynamics, giving them the necessary motivation and tools to make it happen. 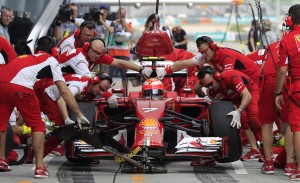 Take Formula One. There is only one driver driving a car. But there is a huge team behind every winner. During a Pit Stop, it only takes one person to miscalculate a move and the whole team suffers. Pit stops today are all about making every millisecond count. This depends on every single member of the team.

No one team is the same. Issues differ, and the list is long. Excessive competition, a lack of sense of belonging, turf wars, personal issues, a sense of inferiority, a perception of not being appreciated, negativity, lack of clear goals, mismanaging change…there’s more. Sometimes, what we see is the effect. Our main target should be the root cause.

As the saying goes, “Only the person who isn’t rowing has the time to rock the boat”. Team members need to feel real ownership. Then, it’s full steam ahead, loyalty-based, Viking style!

Great teams are built, brick by brick, every day. Teams need a boost that helps them grow further. This is where teambuilding comes in. Sessions are organised in which individuals become more aware of what the team can do, what it takes to work together better and having the necessary motivation to make it happen.  Teambuilding Malta director, John Mallia, makes an important point: “We cannot confuse teambuilding sessions with sessions that are just a day out together. At Teambuilding Malta, we meet the client to identify specific team needs, and design sessions that target them. Our sessions are fun and mostly game based. But make no mistake: These games are specifically targeted. This is what makes these team building sessions so much value for money”.

In the 1890’s, Norman Triplett discovered that people rode their bicycles faster if they were cycling with others. Experience tells us that it’s not just about being together, but also relating better together. Well-planned, fun, team building sessions will provide you with the necessary boost that can help you and your team shift up that extra gear needed to be successful.

Want to join the discussion?
Feel free to contribute!